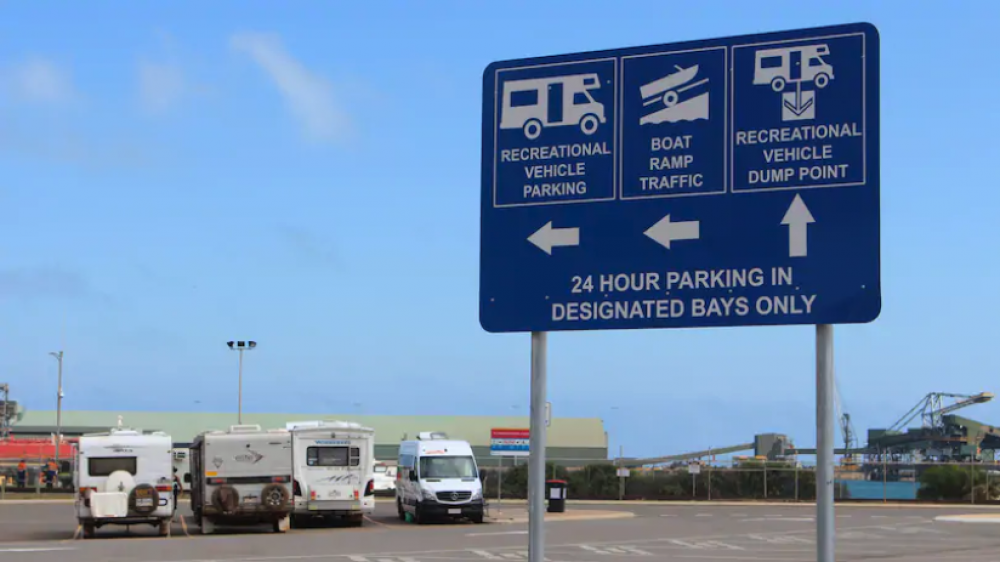 Call it the Airbnb or Uber moment for holiday parks. Disruption has finally arrived in the sector - but with a twist. Established operators are facing increased competition from lightly or unregulated competitors, that are often free and operated by the councils they pay rates to. As you can imagine, there is friction.

There’s probably already more than 10,000 free or low-cost sites around the country, according to the Caravan Industry Association of Australia, with more coming on stream every month as local councils target the tourist dollar with what is effectively a loss-leading strategy.

They want to attract the Grey Nomads or young families travelling Australia in the new breed of self-contained RVs, motorhomes and caravans, vehicles which allow their occupants to go off the grid for days at a time. No need to stop in town, they say. Unless there’s free or low-cost camping…

“They see a wallet on wheels,” says Richard Barwick, CEO of Caravan and Motorhome Club of Australia (CMCA), of local government, which his organisation works with to provide low cost or free camping spots for travellers.

Barwick claims the rise in free or low-cost camping spots isn’t hurting commercial operators. “It’s having very little if any impact on the commercial parks because they can’t meet this market,” he says.

“They’re charging $30, $40, $50 a night and offering all the bells and whistles that our members don’t need because they’re self-contained.”

“Our members don’t need the swimming pools, they don’t need the add-ons of a commercial park. With solar these days and being environmentally sustainable and responsible, these things are all met by a self-contained vehicle.”

CMCA has 40,000 members roughly split into three equal groups. “One third of our membership will never stay in a commercial caravan park, one third will stay at a mix of low cost and commercial parks and one third stay only at commercial parks,” says Barwick.

He says there are now ‘339 RV friendly towns’ around Australia which provide a dump point for grey and black water plus overnight camping. “If they provide it free, that’s not our fault,” Barwick says.

Not a Level Playing Field

In Western Australia, Summerstar GM James Corbitt says many of its parks must compete with councils for travellers.

“We’re seeing Shires jump on board non-compliant camping, which is really detrimental to businesses like ours and providing a number of challenges.”

He explains that Summerstar must comply with all manner of regulations, but councils have granted themselves a dispensation from compliance on the basis they are not taking money for their sites and therefore do not have the legal obligations of a business.

“Shires think they are doing the right thing. They think if we allow say 12 or 20 visitor bays in town for a 24 or 48 hour stop that’s going to increase visitation into the town and it will benefit local business.

“But what they’re actually doing is giving our customers an option to stay in town. In Geraldton for example 100m from our park they’ve put in free camping bays. They charge us rates to remain compliant and to operate a business and just next door they give away our product for free.

Free Camping Put Us on The Map

Geraldton Mayor Sane Van Styn hailed the free camping strategy as a winner, though he admits there have been issues with misbehaviour from people staying in standard RVs.

“The council policy has increased tourism, brought people in and put us on the map,” he told the Geraldton Guardian.

“Many people often speak about driving past Geraldton, that they wouldn’t have stopped if we didn’t have these bays and facilities.

“This is a fantastic result and council should be commended on creating a vibrant city and bringing us up with the times.”

Elizabeth White, CEO at the Victorian Caravan Parks Association, says free camping is a huge issue for her members. “It’s happening all around Victoria,” she says.

We’re not wanting to be labelled as people looking for business protection but it really beggars belief that you could have the same local council that takes rates from the park, inspects the park to make sure they’re fully compliant, saying to punters that don’t want to pay anything - ‘that’s ok you can all just go round to the local oval and hopefully spend something in town’.”

White is currently lobbying the Victorian Government against a proposal to introduce a “lightly regulated” approach for property owners who want to offer camping sites or accommodation such as permanent tents on their land.

“We’re still trying to find out what that means – but our understanding is it wouldn’t have any of those compliance requirements or not all of them which means it’s not really a level playing field. You’ve got one part of the industry with massive compliance costs and another of it with some or none.

“We want one rule for everyone. If the caravan parks must have all those amenities in place including fire safety equipment that could cost perhaps half a million dollars, why would that not apply in the interests of public safety to everybody?’ “

Stepping Over the Line

The core argument many local governments use to justify offering ‘free camping’ without adhering to the same fire, water and safety compliance standards they demand of commercial operators, is that they’re not operating a business.

But that argument carries no weight with commercial operators, a view supported by the Planning and Environment Court of Queensland in a case brought against Rockhampton City Council by the Caravan Parks Association of Queensland (CPAQ) for offering free RV camping in Kershaw Gardens.

CPAQ argued that free camping in Kershaw Gardens was unlawful constituting a development offence under the Queensland Planning Act because it didn’t have a permit. Rockhampton City Council said the free camping it offered was an ancillary not primary use of the land and was therefore permitted.

This was an argument the Court rejected in its November, 2018, judgement when it ruled that the free camping in Kershaw Park was illegal according to both the 2005 and 2015 Rockhampton City Council Planning Schemes.

In a statement CPAQ, said it “strongly believes caravan parks should not face an unequal regulatory burden and that this decision supports this position, requiring that local governments equally apply their planning schemes to their own land as they do privately owned land.”

Weston says it was an important win for the industry but came at a substantial financial price, despite court costs being awarded to CPAQ.

“We not here to stop people going and camping in the bush; what we’re fight is quasi caravan parks like the councils are setting up meet the regulatory burden,” she says.

The Fight Has Just Begun

Despite wins such as Kershaw Park, Stuart Lamont, CEO of the Caravan Industry Association of Australia, says the fight to level the playing field has only just begun.

Lamont understands why councils, especially those in drought-affected areas, want to increase tourism but says they are going about in the wrong way.

He also doubts the touted economic value of the people free sites attract.

“They don’t spend money at the same rate as those who stay with compliant operators,” he says.

The CIAA is fighting spot fires all over the country and has published on non-compliance tool kit to help its members potentially thwart councils heading down the free camping route – probably the top concern for operators around the country.

“It’s an emotional fight, a very divisive fight in some communities and it’s only just begun,” says Lamont.

“Hopefully sanity will prevail somewhere along the line, although the issue was here when I started in the job and will I suspect be here when I leave.”

Thank you for attending the RMS Derived Rates Webinar! Below are the question and answers from both sessions of the webinar. Q. Can you have different deposit amounts for in house (RMS) vs OTA’s?

The hospitality industry has never experienced a year like 2020. To guide your path to recovery, RMS conducted independent research and gathered consumer and business data to forecast trends. Download our Mapping Future Success infographic today for an at-a-glance view of this consumer data that can help spearhead your business growth this upcoming busy season.

E-Book | 4 Ways to Heat Up Your Winter Business

Now that the summer season is over and autumn is underway, it’s time to get started on winter planning. Depending on your location, winter can be one of your busiest periods, with holidays and school breaks leading the bookings charge. So, what exactly do you need to do to prepare?

3 Ways to Plan for Your Busiest Days

Holidays are notoriously the busiest time for campgrounds, especially in Northern states where camping’s appeal transcends seasons. Visitors are eager to disconnect from everyday life and a time-out with nature is their perfect escape. The holidays can bring an enormous boost to your annual bookings—you just need to be ready! Aside from staffing up quality people and getting creative with packages, RMS Campground is also there to help.