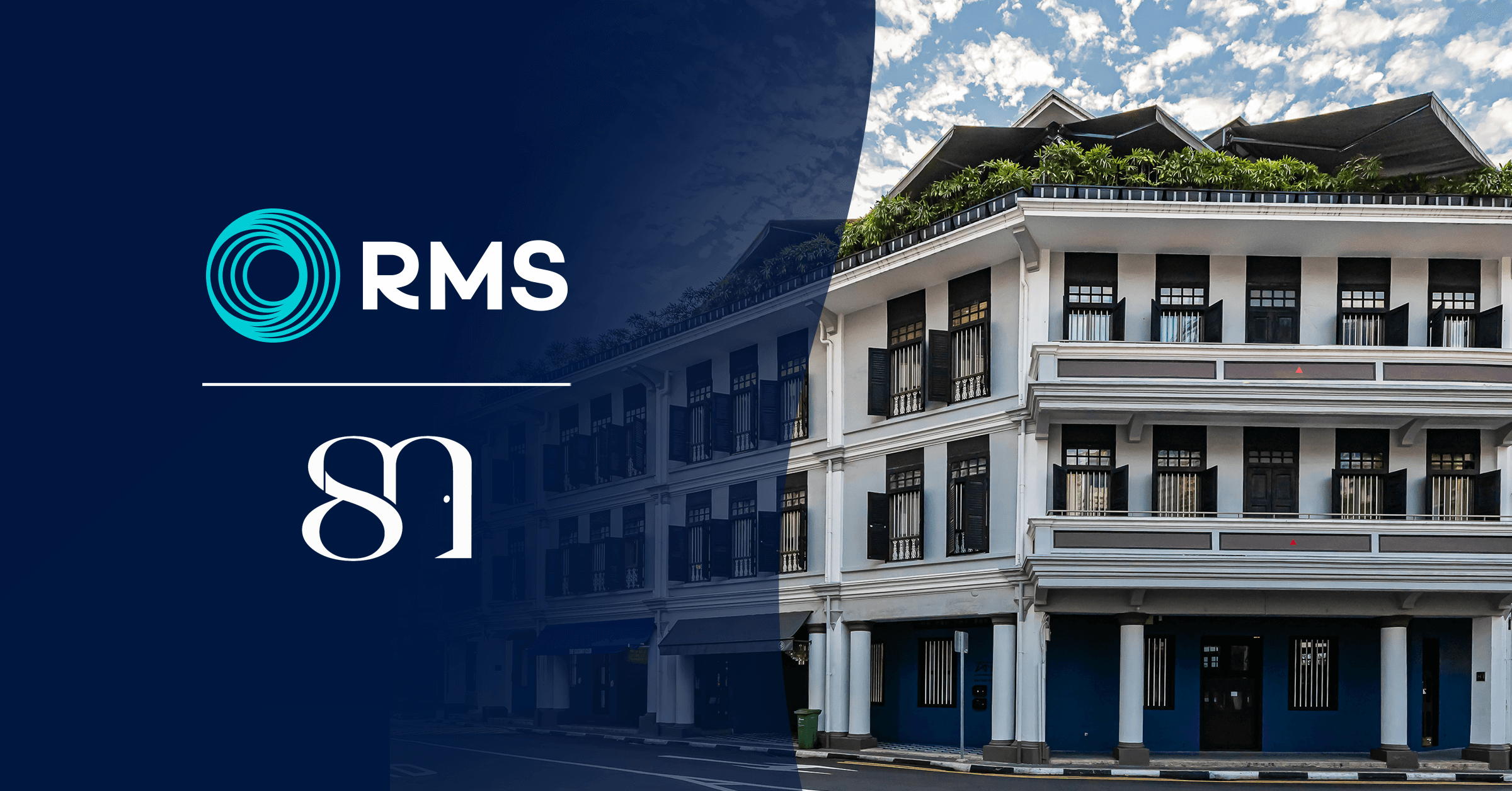 RMS Cloud has partnered with one of Singapore’s newest and smartest accommodation operators, 8M Collective, which is transforming some of the city’s historic shopfronts into ‘flexible living’ retreats for modern travellers.

8M Collective started from scratch and has hit the ground running, opening three properties in the past 18 months – launching with Base Residences, followed by Ann Siang House before its most ambitious venture, KēSa House, was unveiled in March this year.

Work has already started on a fourth property, the former Wanderlust Hotel in Little India, which should be open early 2020, while there are plans for at least two more accommodation projects over the next couple of years, although details on those are being kept under wraps for now.

Sara Villarreal from 8M Collective, an offshoot of 8M Real Estate, says the business has found a deep niche that is resonating with consumers looking for character accommodation with a difference.

“What we’re trying to be a is hybrid between a hotel and a serviced apartment,” she says.

“How do we do that? We do that through flexible living, we do it by not putting things in boxes, we don’t want to say, ‘you have to pick A, B or C’.

She adds: “We’re just starting from scratch, setting our own standards and are still learning.

“I can’t say we know what flexible living is going to be in even 12 months or 18 months’ time because I think with each new asset the positioning is not going to be the same in every single instance.”

But, Ms Villarreal says, 8M Collective properties will all have three things in common: “Great design, value for money, a central location.

“As long as we’re sticking to the key unique selling points, hopefully we’re going to create products that speak to people and the new style of living…”

Ms Villarreal says RMS Cloud has and will continue to play a key role in ensuring the smooth running and effective marketing of 8M Collective properties.

“I interviewed a lot of PMS solutions providers and it just so happened I was sitting across the people from Ascott one day and they mentioned that they were migrating all of their properties over to RMS and suggested we take a look,” she says.

“So I did, and found it to be one of the only systems that could compete with Opera (world’s largest property management system) but for much less money and for every new feature didn’t charge me $20,000.

“I found RMS to be very open-minded, agile and able to meet the needs of our business. RMS could also cater for the scale we knew was under way.”

She described RMS Cloud as a “comprehensive” system covering all aspect of property management – from housekeeping to sales and marketing.

“I feel like it’s constantly updating and pushing out new features and I appreciate that. They also been very receptive to my questions or suggestions.”

The fact RMS Cloud has an office in Singapore is also “very” important.

“I notice that a lot of the PMS cloud-based software providers are based in Australia or San Francisco or in other cities,” she says.

“That’s generally ok but when you run a business 247 sometimes it just helps to have someone locally so you’re not constantly chasing the clock.”

Ms Villarreal says the 8M Collective will continue specialising in historic properties as the company expands – it’s not only the core point of difference for the business but also the reason it exists.

“When our founder Ashish Manchharam set up 8M Real Estate he saw an opportunity within the conservation/heritage space, mainly because they were an overlooked asset class at the time,” she says.

“They were considered undesirable and just too hard because there’s so many individual plots that in order to get critical mass you have to be quite savvy, while extracting value out of them can be quite tricky.

But the bonus is they’re unique and inevitably located in desirable central Singapore locations.

Looking ahead, Ms Villarreal said 8M Collective is in it for the long haul.

“We don’t want to create things that are overly trendy, we want to have longevity,” she says.

“From an aesthetics perspective we want the rooms to feel warm, inviting and cosy, not overly designed or too kitschy.

“The colour palette, the details are intended to be quite modern and contemporary and not one specific thing. We want them to be appealing to a broad range of tastes.”

Thank you for attending the RMS Derived Rates Webinar! Below are the question and answers from both sessions of the webinar. Q. Can you have different deposit amounts for in house (RMS) vs OTA’s?

The hospitality industry has never experienced a year like 2020. To guide your path to recovery, RMS conducted independent research and gathered consumer and business data to forecast trends. Download our Mapping Future Success infographic today for an at-a-glance view of this consumer data that can help spearhead your business growth this upcoming busy season.

E-Book | 4 Ways to Heat Up Your Winter Business

Now that the summer season is over and autumn is underway, it’s time to get started on winter planning. Depending on your location, winter can be one of your busiest periods, with holidays and school breaks leading the bookings charge. So, what exactly do you need to do to prepare?

3 Ways to Plan for Your Busiest Days

Holidays are notoriously the busiest time for campgrounds, especially in Northern states where camping’s appeal transcends seasons. Visitors are eager to disconnect from everyday life and a time-out with nature is their perfect escape. The holidays can bring an enormous boost to your annual bookings—you just need to be ready! Aside from staffing up quality people and getting creative with packages, RMS Campground is also there to help.